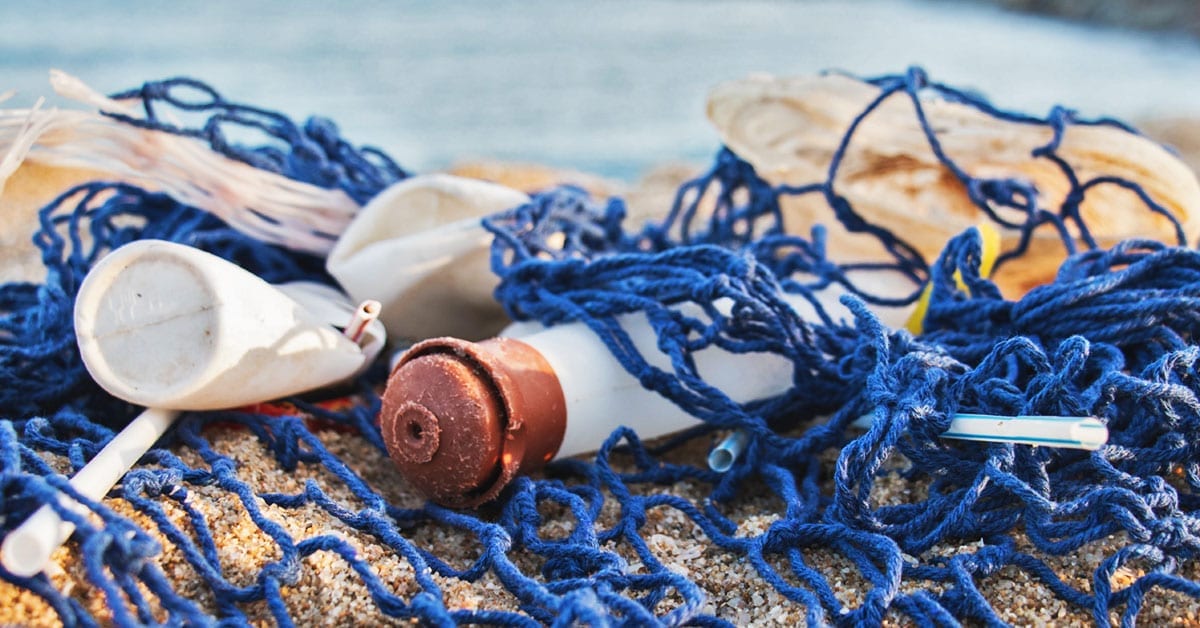 By now, you’ve probably heard about the Great Pacific Garbage Patch, which is a floating island of plastic and other trash that is roughly the size of the state of Texas. As if this wasn’t worrisome enough, a recent article shows that microplastic pollution below the surface is even worse. Below, you can learn more about the growing plastic problem and discover a simple way to reduce your plastic consumption.

In recent years, divers have discovered everything from plastic shopping bags to candy wrappers as far down as the Mariana Trench, which reaches some 36,070 feet below sea level at its deepest. That’s almost seven miles. In a place on Earth where humanity struggles to even visit, there are still signs of our presence thanks to plastic. This discovery sparked numerous other surveys, including one off the coast of California that left many environmentalists speechless.

Researchers used remote-operated underwater vehicles (think remote-controlled cars, but super high-tech and in the ocean instead of out in a parking lot) to find plastic at various depths out in the ocean off Monterey Bay ranging from five meters all the way down to 1000 meters. The result? As if the plastic floating on top of the water isn’t bad enough, the problem gets even worse. In fact, there is more plastic debris several hundred meters below the surface than on the surface itself, and much of it can’t even be seen. At the surface, there are about three particles per cubic meter of water, but at 200 to 600 meters, there are 10 to 15 particles of plastic per cubic meter of water.

Even the Animals are Suffering

Plastic in the ocean is harmful to wildlife in many ways. You can find photographs of sea creatures who have been impacted by humanity’s careless use of plastic online, but in some cases, it’s the damage you can’t see that really counts. The same team who sampled plastic off the Monterey Bay also measured the amount of pollutants found in living things, including red crabs and sea creatures called larvaceans, both of which live on a diet consisting of organic particles the same size as the micro plastic particles in the ocean.

Every single one of the animals that were studied contained micro plastics. Apparently, they eat micro plastic particles as readily as they eat organic life. Once they are filled with the plastic, other predatory animals then eat them, and the cycle continues. It is expected that some of the largest predatory animals in the ocean are likely also the most plastic contaminated animals in the ocean. Eventually, the plastic problem will come back to haunt everyone, especially when the foods we consume from the ocean have been overwhelmed by our plastic refuse.

The best way to help solve this crisis is to reduce the plastic you use in your everyday life and vote for better, more environmentally friendly options with your wallet. A bamboo toothbrush, for example, may not save the earth, but when millions of people replace their toothbrushes with them, it sends a very clear message to manufacturers, and that’s a lot fewer toothbrushes finding their way into the guts of red crabs and larvaceans, too.